Arrive in Rome and transport to hotel where our group meets at 3pm. We’ll have a meet & greet to get acquainted and discuss the itineray. Then we can explore Rome at our own pace or just rest until our welcome dinner is served in the hotel restaurant.  We’ll enjoy getting to know each other as we embark on an exciting adventure together.

Rome is the capital of Italy and also of the Province of Rome and of the region of Lazio.  Vatican City is an independent country within the city boundaries of Rome, the only existing example of a country within a city: for this reason Rome has been often defined as capital of two states.

After breakfast, our tour starts with Vatican City, a city-state surrounded by Rome, Italy, is the headquarters of the Roman Catholic Church. It’s home to the Pope and a trove of iconic art and architecture. The St. Peters Basilica houses ancient Roman sculptures such as the famed Michelangelo’s “Pieta” and a Renaissance frescoes is displayed on the ceiling as well as on the ceiling in the Raphael Rooms.  and the Sistine Chapel is famous for Michelangelo’s ceiling. 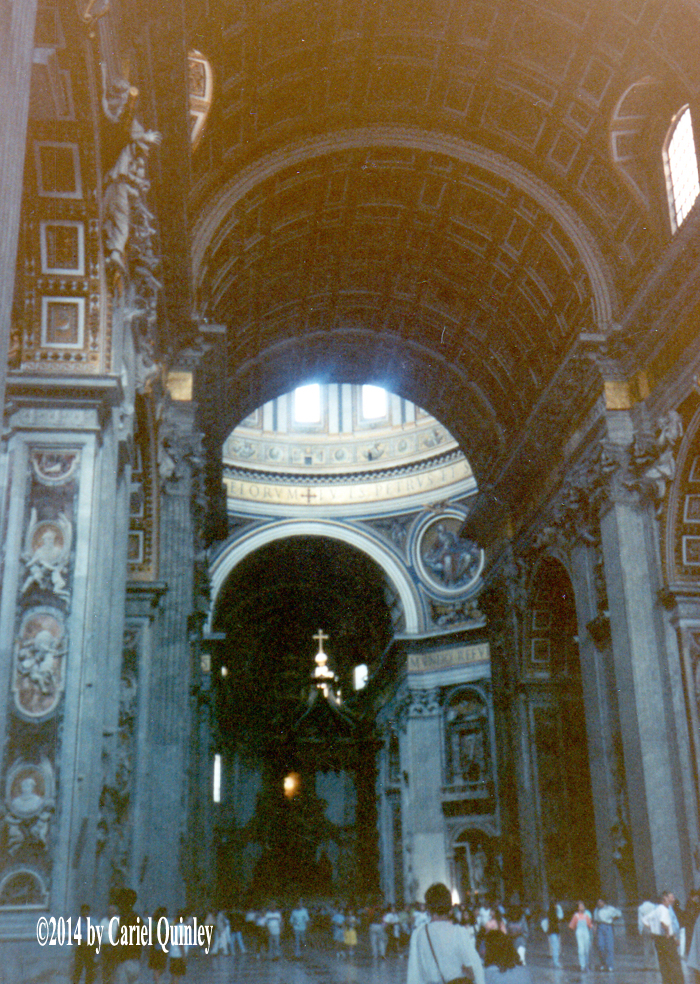 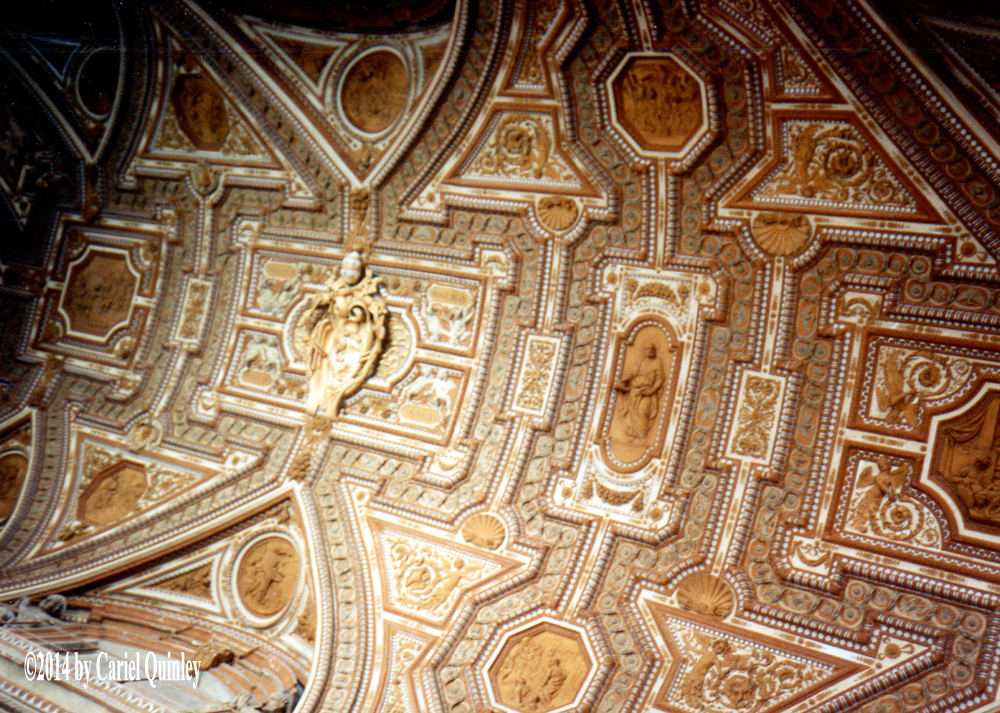 We’ll have a photo ops:

The Colosseum is an oval amphitheatre where Gladiatorial spectacles were held in the sixth century. It’s located in the centre of the city of Rome, Italy, just east of the Roman Forum. It is the largest ancient amphitheatre ever built, and is still the largest standing amphitheatre in the world today, despite its age.

The Roman Pantheon is the most preserved and influential building of ancient Rome. It is a Roman temple dedicated to all the gods of pagan Rome. As the brick stamps on the side of the building reveal it was built and dedicated between A.D 118 and 125.

We travel to Viareggio, our Italian Riviera home base.

Viareggio is a coastal city and comune in northern Tuscany, Italy. With a population of over 62,000, it is the second largest city within the province of Lucca, after Lucca. Viareggio is known for its Carnival. La Cittadella is a complex housing the Carnival Museum, with small reproductions of the city’s allegorical floats. The Villa Paolina Civic Museums include a museum of musical instruments and an archaeological museum. The “Viareggio Boardwalk”, is home to numerous boutiques and prestigious brand-name shops boasting the best in Italian, European and international fashion, which attract locals and tourists alike, even from distant cities, to spend a day in Viareggio shopping or relaxing in the sun.

A number of high-end bars and restaurants boast magnificent views of the sea and are perfect for when you need to get out of the sun. For those who prefer to grab a quick bite to eat, there are many eateries along the street that offer a range of alternatives to accommodate all types of requirements. In addition to the shops and restaurants, a number of artisanal gelateria offer a vast assortment of flavors from the traditional to the more original.

In the evening, we’ll have dinner and celebrate our embarking on an exciting adventure together.

After breakfast, we’ll travel north to board La Spezia’s train with your expert tour guide and travel to Cinque Terre towns. Cinque Terre is a rugged coastline on the Italian Riviera and consists of the five beautiful hillside towns Monterosso, Vernazza, Corniglia, Manarola and Riomaggiore and we’ll see three of the towns by train – Monterosso, Riomaggiore, and Vernazza.

The Cinque Terre is a cultural landscape of great scenic and cultural value. The disposition of the small villages and the shaping of the surrounding landscape, overcoming the disadvantages of a steep, uneven terrain, encapsulate the continuous history of human settlement in this region over the past millennium. Your train first stops at Vernazza, Cinque Terra’s only natural port. Here, you’ll get free time to catch a glimpse of the panoramic views the city offers of exquisite homes along the way.

From the railway station go along the main village street in direction harbour, 2 minutes walk. In the harbour of Vernazza there is a small sandy beach where you can take a swim and there are also flat rocks that are great for sunning. The natural harbor surrounding the beach allows the water to remain calm and creates a great place to protect the local’s fishing boats. Vernazza has a natural pier with an amphitheatre shape making it maybe the most photographed village of the Cinque Terre.

In Vernazza there are only a few hotels to stay in but several B&Bs and private rooms for rent. The tiny port is surrounded by colourful typical Ligurian houses and the charming piazza is lined with good restaurants and bars.

Enjoy exploring the famous attractions of this carless village, including the Church of Santa Margherita d’ Antiochia and Doria Castle, a 15th-century-built castle that once served as a lookout tower.

Continue your journey through Cinque Terre’s Monterosso, where you’ll visit a traditional Monterosso shop and enjoy a limoncino tasting, the local lemony liquor that is popular in the region. Use your leisure time to explore the village and take pictures of the panoramic views of the skyline, architecture, and statutes, including the statue of St. Francis.

Monterosso is the biggest of the five towns and has the most amenities. Many hotels are situated in the newer part, Fegina.

In the old town you will find seafood restaurants and nice shops. We’ll have lunch along the way.

Monterosso has the only long and sandy beach in the area where you can rent chairs and umbrellas or a kajak to explore the many coves around the coast.

Monterosso has a long sandy beach situated in the new part of the village. This is the perfect place if you are looking for a traditional beach with sand and umbrellas. You can either choose to pay for an umbrella and a chair or settle in a free area with your own towel. Along the promenade you’ll find restaurants, pubs and ice-cream shops.
To reach the beach take the train that goes between the Cinque Terre villages and you’ll find the beach right in front of the train station in Monterosso.

This beach is situated in the old town of Monterosso where also the trail to Vernazza starts. It’s a sandy beach near the boats rental area and is divided into public and private zones. Next, on your last stop, explore the village of Riomaggiore and walk its narrow streets during your free time.

Capture breathtaking views of the Gulf of Cinque Terre, Riomaggiore is considered to be one of the most peaceful and quiet villages of the Cinque Terre. Riomaggiore’s beautiful landscape and skyline is unforgettable. Riomaggiore is basically a cascade of multi-coloured houses in the typical Ligurian style, all tightly clustered around a tiny natural harbour carved out in between the rocks.

In Riomaggiore there is a public beach of boulders with crystal water east of the village. From the railway station follow the tunnel and the sign to “marina”. Visit the lovely harbour and take the stairs to the left and it will wind around to the ferry dock. Just past there and you will reach the stony beach.

We’ll return to La Spezia and then to Viareggio, home base, with unforgetable memories of a full-day excursion with an expert tour guide that will last a lifetime. The rest of the evening is free. Free Day to explore more of Viareggio or follow your bliss some other way, i.e. enjoy the beach that’s only a short distance from out hotel. We’ll travel to Nice on the French Riviera and arrive at your hotel located on the Promenade des Anglais.  Nice is a vacation hot-spot located along the French Riviera with spectacular Mediterranean beaches and mild climate. With old-world opulence, year-round sunshine, and a stunning seaside location, Nice is the unofficial capital of the Côte d’Azur, and a must-see for every visitor. The city has been a retreat for high-rollers since the 19th century and today offers fabulous markets, glorious architecture, and excellent dining options. We’ll have free time to explore more of Nice at our leisure. And finish the day with a sunset drink at the port while watch boats bobbing in the harbor.

This morning, after breakfast, we’ll travel to Cannes, Eze and Monaco (4 hours).

The first stop is Cannes and then Eze, a medieval village with crafts shops and breathtaking views from its perched setting. We’ll take a  tour of the perfumery Fragonard, for a real taste of Provence.

We’ll return to Nice for dinner together to celebrate the successful completion of our tour.

We’ll journey to Nice International Airport for our flights home.

*Header Photo is a Tuscany Riviera Beach in Viareggio, Italy